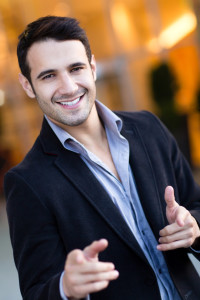 “I was shaking really bad because I was in need of my next fix.  About 15 minutes after starting the detox, the shaking stopped and the urge for more drugs was gone.  I had a job interview the next day.  They wanted to do a urine test for drugs.  I was sure that I wouldn’t pass but I did.  Optimum Health’s drug rehab has really helped me.”

UPDATE:
“Over 15 years of dealing with drug addiction!  Constantly relapsing and spending months at the crack house was just how I lived. Not any more! I am happy to be free of drugs for nearly 6 years now.  Now, I have my family and my self-respect back again!   I am thankful.”

Unfortunately, working with my emotions was difficult as I was in denial.  My phrase that I had to work with was “I am NOT not an alcoholic”.  It worked.  I remember passing a liquor store on the way home and getting extremely angry that I had let it ruin my life.  Normally, the liquor store calls out to me.  In fact, I have a hard time resisting the urge to go in and dive into my favorite drink.  Not this time.  Instead, I was actually angry that I had let the liquor in that ABC store ruin my life.  Also, I wasn’t making my father’s car smell like liquor. Indeed, this was quite a change.”

“Over 15 years of dealing with drug addiction!  Constantly relapsing and spending months at the crack house was just how I lived. Not any more! I am happy to be free of drugs for nearly 6 years now.  Now, I have my family and my self-respect back again!   I am thankful.” 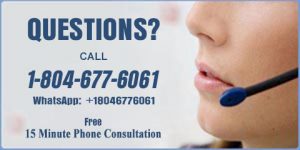 “I had been doing cocaine for many years.  At one point, I gave my whole pay check for drugs.  As a result, I had no feeling in my hands from all the drugs that I had done. I had already been clean for 5 years by the time I came to Optimum Health so, I expected nothing.  I was surprised that the water actually smelled like cocaine.  Smelling the water even made my nose tingle the way snorting made my nose tingle.  Imagine that!  After 5 years of not doing any, it was still there in my system.  The most pleasant surprise came after the detox when I realized that I could feel my fingers again.  I just kept rubbing myself and saying, “I can feel me!”  That was a wonderful day!”

“Though my husband decided I had to go to Optimum Health because nothing else was working, I did not want to go.  I expected nothing because I was sure that if the large traditional facility that I was going to was unable to help me, Optimum Health would not be able to do so.

In a very argumentative and persistent way, I expressed my disbelief. I left my appointment convinced that I had not been helped.  However, after eating my next meal, I noticed that I was able to keep it down for the first time in a long time.  The next morning after waking, I felt good.  All withdrawal symptoms had subsided.  I was shocked.

In amazement, I called Optimum Health and gave them my good news.  I told them that I just could not believe that withdrawal free assistance is available and no one is shouting it from the roof tops!”