Virginia is the subject of our first Emotional Release Therapy case study.  She has been with Optimum Health for nearly two decades.  When Virginia first came we told her that we didn’t think we would be able to assist her with healing her emotional issues.  Instead, we offered nutrients as a bandage fix to let her appear to have overcome her emotional issues and get her life back.

In 2012, we realized that Virginia’s emotional healing could finally begin with the proper balancing of her energy levels.  As a result of the energy balancing sessions, she was no longer dependent on her nutrient bandage to be happy.  She no longer needed to take vacations at the psyche ward when she stopped her nutrient bandage!  We were very pleased.  Unfortunately, this process was slow as it only allowed one appointment every four weeks.  A year later, though Virginia hadn’t had any vacations at the psyche ward, she was still unwilling to consider getting off of her medicines.

In 2015 Virginia’s physicians are finally able to begin decreasing her medicines.  She continues to improve!

In 2017 Virginia had about 20 ELT sessions.  She worked on about 50 negative emotions.  She no longer had the highs and lows of the bipolar disease that she was previously diagnosed with.  Virginia said,

“I don’t go to see my psychiatrist or my psychologist any more.  Truly, I just don’t need to.  I am doing really good!” 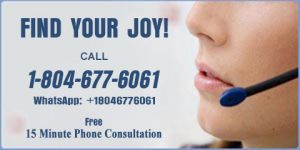 T. C. is the subject of our second case study.  Her emotional release therapy session indicated that she did not need to release inherited emotions at the time.  Instead, the sessions was focusing on releasing trapped emotions.   We identified the name and age for the trapping of each emotion.  Then, we released the emotions.  T.C. was amazed that the ages identified were the actual ages for the appearance of each emotion.  The trapping of most of the emotions occurred the year she began a very rocky marriage.  T.C. felt nothing as the releasing of the emotions occurred.  However, approximately one hour after the emotional release session, there was a huge change noticed.  Indeed, T.C. called her husband “baby” for the first time in 10 years.  Finally, T.C. was able to put the painful past behind her and begin moving forward with respect to her marriage. No inherited emotions were indicated in A. B.’s emotional release session.  Instead, the session focused on releasing trapped emotions.  We identified the name and age that each emotion was trapped.  Then, we released the emotions.  The results were intriguing to A.B.   She noticed it was harder and harder to focus on the emotions as they were being released.  After releasing them, she noticed she could not bring them to mind any more.  Otherwise, A.B. didn’t notice anything different.  The next day, A.B. smiled as she spoke of her parent that she had previously despised.   This was very pleasing to her. When L.Y. was 19, he fell in love with a female that he was constantly around.  Unfortunately, it would have been inappropriate for him to express his feelings because she was only 17.  He longed for the day when she would be 18 and he could attempt a relationship with her.  Unfortunately, his family moved to another country and he never saw his loved one again.  The moments he imagined that he would one day have with her became his standard for all future relationships.  In his mind, she became the perfect woman.  As a result, no woman he dated could ever lived up to “Miss Perfect”, the imaginary woman that the 17 year old had become in his mind.  He constantly compared every woman he dated to “Miss Perfect” and they all fell short of acceptable.  This sabotaged every relationship he attempted.

L.Y.’s first ERT session focused on trapped emotions dealing with this issue.  Immediately after the ERT session ended, the therapist told L.Y. that he would no longer compare women to “Miss Perfect”.  His response…”Why would I ever do that?  I never really got to know her.  It wouldn’t make any sense that I would compare women to someone I never had a relationship with.”  The therapist said, “Do you remember that you indicated that you have compared every woman you dated to Miss Perfect all your life?”  His response…”Hmmm…” and he traced through his memories.  Then he said, “Oh, I did do that for over a decade.  Now, it seems so unreasonable to do that.  Wow, this process really works!” “So, I come to Optimum Health monthly for ionic cleansing/detoxification. Well last month, I took advantage of another service called EMOTIONAL LIBERATION THERAPY. Basically what it does is help you to deal with negative emotions in such a way that when the session is over, you won’t experience the emotion the same way again (IF EVER).

I didn’t know what to expect and I didn’t have any preconceived notions (good or bad) about the whole thing. I went in with an open mind, but didn’t have any expectations about the aftermath; nor did I contemplate how I would or should feel.

Well, let me tell you something. After the session, I went home and went about my day. I thought about the things that were bothering me before the session and noticed something. All of a sudden, they didn’t bother me. I TRIED to get irritated about it. Actually, I literally sat there and THOUGHT about the situation to get myself riled up again and I COULDN’T. I literally COULDN’T and STILL CAN’T. Now, I am thinking about the situation rationally and not emotionally and it is very, dare I say….LIBERATING!!

How Many Emotions Can Be Released in One Emotional Release Session?

What is Emotional Release Therapy

What happens at an Emotional Release Therapy Session

How Often Can I have an Emotional Release Therapy Appointment?