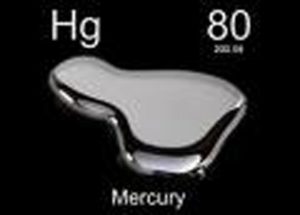 Mercury Spreads Through the Body

Mercury research indicates that mercury spreads through the body within 2 weeks according to the International Academy of Oral Medicine and Toxicology  (IAOMT).  Their video below presents physical evidence for amalgams and mercury.  The video shows the release of mercury vapors from a 25-year-old amalgam filling showing how harmful these fillings can be.  Also presented is the overview of scientific data confirming the distribution of the mercury to vital organs of the body.

Mercury Research: Mercury Damage to Neurons in the Brain

This study analyzed serum, hair, milk and umbilical cord blood in 182 pregnant women in the Faeroe Islands.  A major part of the diet for these women is seafood.  A 10-fold increase of the cord-blood mercury concentration was present.  This, in fact, caused decreased neurological functioning according to Philippe Grandjean, MD, PhD.  Grandjean.  He says. “At age seven, we saw that the more mercury they were exposed to in the womb, the worse off they were in terms of language skills, attention span, motor speed, things like that.”

Dental mercury damages brain neurons according to the Faculty of Medicine at the University of Calgary.  View the video below for details.

Amalgams and Mercury: Damage to Sheep

In the Journal of Natural Medicine Dr. Nan Fuchs states, “Mercury is considered one of the most toxic substances on earth.  But while hazardous materials crews are called in to clean up the most minor mercury spills, you’re slowly accumulating this lethal toxin in your brain each day…If the dentist were to take a single mercury-based filling out of your mouth and throw it in his backyard, the EPA could cite and fine him for polluting the environment.” 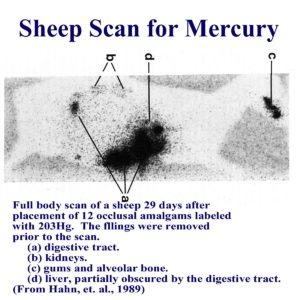 Mercury in the Mouth of Sheep

Dentist at IAOMT put amalgams into a sheep’s mouth.  Two weeks later they took pictures (seen below) to show where the mercury from the amalgams was accumulating. As you can see by the dark areas on the sheep scan, the mercury was no longer only located in the mouth.  Notably, you can see significant amounts of the mercury all along the digestive tract (a) and in the liver (d).  Even a little is showing up in the kidneys (b).  Research has shown that it takes 25 years for the human body to clear half of the mercury from the body on any given day.  Do you think building up the mercury as shown in the image will cause mercury to be stored in the sheep’s body?  Do you think damage will be done by the mercury where it is seen? 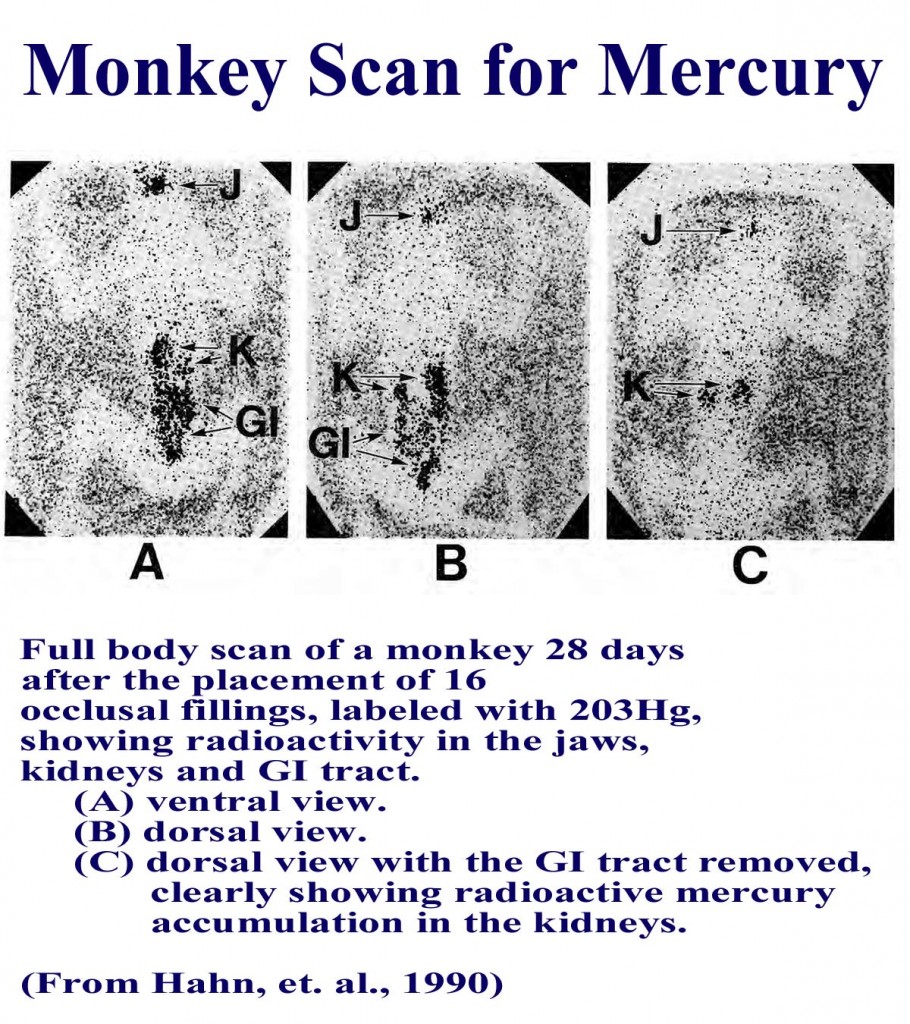 Opposing scientist complained that the large amount of mercury was due to the fact that sheep are excessive chewers.  Thus, the dentist at IAOMT repeated the experiment using monkeys.  As the image of the scanned monkeys shows, the results were almost identical.

What Does the World Health Organization Say About This?

The World Health Organization has concluded that the contributions of mercury from dental fillings is very significant.  According to the International Academy of Oral Medicine, “…mercury can adversely affect the immune, urinary, cardiac, respiratory and digestive systems.  Under laboratory conditions, mercury has produced brain cell deterioration identical to that seen in victims of Alzheimer’s disease.”  Do you think this scan of a monkey a few weeks after amalgams were implanted agrees with these statements?

“To help consumers more easily understand the types of fish to select, the agencies have created an easy-to-use reference chart that sorts 62 types of fish into three categories:

…However, all fish contain at least traces of mercury, which can be harmful to the brain and nervous system if a person is exposed to too much of it over time. ” (See full article)

What Does The Above Quote Tell Us About Mercury Exposure?

Obviously, the FDA and EPA are acknowledging there is proof of SLIGHTLY higher than trace amounts of mercury in some fish.  The FDA further acknowledges the dangers of this mercury to the brain.  Regardless, the FDA and EPA are saying that fish should still be eaten because of its nutrients.  One has to ask…”Can these nutrients be found in another food source that does not come with the dangers of mercury.   According the World Health organization dental fillings are also a major source of mercury exposure to humans.  In like manner, one would expect the exposure from “silver fillings” to harm unborn babies and young children. 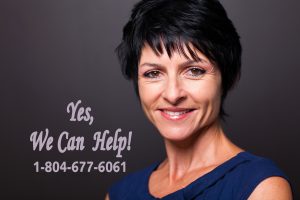 According to the (IAOMT), the mercury in vaccinations can cause symptoms identical to autism.  It appears that research aimed at determining if the mercury in vaccinations is safe remains undone.  This is unfortunate since you see the displaying of autistic symptoms in many children shortly after vaccination.  At this point, there is no way to tell if it is the mercury or some other substance in the vaccine that may be causing the onset of the autistic symptoms.  Wither way, at Optimum Health, we have come to realize that the vaccination is the feather that breaks the camel’s back.  In other words, the vaccination by itself does not contain enough of any toxins to cause the damage required for autism.  However, loading the body with mercury from seafood and amalgams in the mother’s mouth as well as arsenic and other toxins causes the tipping factor to be the vaccination.  In this case, the vaccination can be what causes the onset of symptoms.  Removing the mercury and other toxins causes some of these children to improve drastically.  At Optimum Health, nearly all of the children have improved drastically.  Watch the following videos and decide for yourself.

The Brain and Mercury