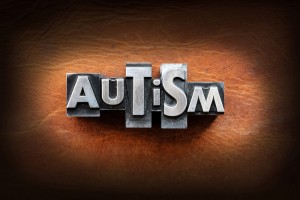 This report is the result of a three-year investigation initiated in the Committee on Government Reform. The following statements were made:

Is Mercury Harmful to People?

Mercury is a known neurotoxin that causes symptoms similar to autism. “Mercury is hazardous to humans. Its use in medicinal products is undesirable, unnecessary and should be minimized or eliminated entirely.”

FDA Says No Proof of Harm!

“FDA officials have stressed that any possible risk from thimerosal (a form of mercury in medicine that is 50% mercury and used in vaccines) was theoretical: that no proof of harm existed. Upon a thorough review of the scientific literature and internal documents from government and industry, the Committee did in fact find evidence that thimerosal posed a risk. The possible risk for harm from either low dose chronic or one time high level (bolus dose) exposure to thimerosal is not ‘‘theoretical,’’ but very real and documented in the medical literature.”

What Do Scientist, Researchers and Lawyers Think?

“A growing number of scientists and researchers believe that a relationship between the increase in neurodevelopmental disorders of autism, attention deficit hyperactive disorder, and speech or language delay, and the increased use of thimerosal in vaccines is plausible and deserves more scrutiny.” “At the same time that the incidence of autism was growing, the number of childhood vaccines containing thimerosal (the form of mercury in medicine) was growing, increasing the amount of ethylmercury to which infants were exposed threefold.”

Were the Amounts Given Considered Safe?

The amount of ethylmercury to which children were exposed through vaccines…exceeded two safety thresholds established by the Federal government…  Even so, the amount of ethylmercury in a vaccine should not cause the symptoms seen in autism.  Then why does the onset of such symptoms follow the administration of this vaccine?  At Optimum Health, we think it is due to the fact that the child was already loaded with mercury.  This means that the vaccine was simply the feather that broke the camels back!

Fortunately, mercury has been removed from all vaccines except the multi dose vaccines. For example, the tetanus toxoid and Fluvarin still has mercury in them. When autism occurs, it typically follows the administration of this vaccine.

Unfortunately, mercury is still in many of the flu shots that are given to our youth and elderly each year. It is quite possible that this could be contributing to the rise in autism and Alzheimer’s.  Fortunately, all vaccines now come in mercury-free formulas.  Ask for it!