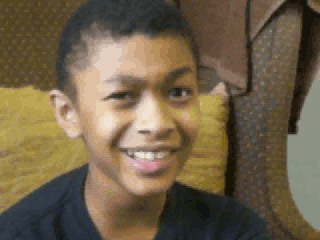 Autism recovery is finally happening for Daniel! Physicians diagnosed him with autism when he was 2 years old. Even with constant coaching from his teacher, he lagged farther and farther behind only making it to second grade material at the age of 10.  For nearly a decade there was no autism recovery for Daniel.

Autism recovery requires consideration of arsenic and mercury.  Therefore, Kevin brought Daniel to  Optimum Health to get a hair analysis.  The hair analysis would confirm the possibility of heavy metal toxicity.   The hair analysis showed arsenic toxicity.  After Daniel’s first total body cleanse, the resulting detox water was tested.  The water contained extremely excessive amounts of mercury.  Two days later, Daniel became so independent in his studies that he got up that morning and went and logged onto the computer all by himself. This was something he had not been taught to do.  Then he did his work without any assistance and took it to his dad and said,

+++
After 4 total body cleanses to lower his mercury and arsenic levels, Daniel started teaching himself.  He was speeding through his course work. Also, he is now able to vie with his brothers for conversations and attention in more age appropriate ways.   Daniel stopped stimming most of the time.  Most beautiful of all, Daniel is making good eye contact and smiling again!

If you know someone with a child with autism, have them call Optimum Health to see if we can help their child recover also. If you like this, please click the “share” button on the upper right corner of the video and pass this on to your friends. Help get the word out that there is help for autistic children! 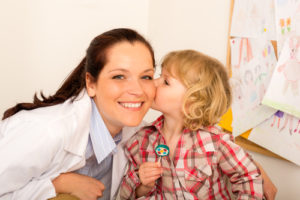 Some parents want their children’s names and images kept private. In these cases, stock photos are used with testimonials.

The Most Wonderful Little Kiss, USA

A 5-year-old boy diagnosed with autism at age 2 came to our center. His mother and the practitioner struggled through his first total body cleanse detox with every ounce of strength they could muster as he kicked and splashed the accumulating toxic water everywhere. As the process progressed, he finally calmed down. His mother kept commenting on how calm he became. And then…he leaned over and rested his head on the practitioner’s arm. Next, he gave her the most wonderful little kiss. His gentle kiss made it all worth it.

At the beginning of his appointment the practitioner had asked him to count.  He did not respond. His mother began counting and then he joined in by finishing the number at the number seven.  He chimed in with her for number eight.  Then, he said nine and ten all by himself very slowly and deliberately. After the detox process was over, the practitioner asked him to count again. While holding up his fingers to go along with the counting, he said

He counted including his fingers indicating that he understood the quantity that the numbers represented as if he had been doing it for years. His mother was quite surprised as he had never done this before.  He had been storing the information all along.  He just couldn’t retrieve it due to mercury impairing his recall abilities.  The detox lowered his level of mercury immediately allowing him to recall information stored in his brain.

The resulting toxic water was tested for mercury and it was one of the highest our center has had to date. Just imagine…more mercury in that little 5-year-old body than most adults that come to our center.  There is a lot of hard work ahead for this young child. However, as the mercury decreases and his brain is allowed to heal, his mind will function better and better.

Autism: Could Your Child Simply Have Heavy Metal Toxicity?

No Known Cause for Autism…Really?